Our first Art4Action auctions were in June and December 2020, when nearly £14,000 worth of art was sold and out of which over £5000 was donated to charity. It started with the Dorset Coronavirus Community Appeal… 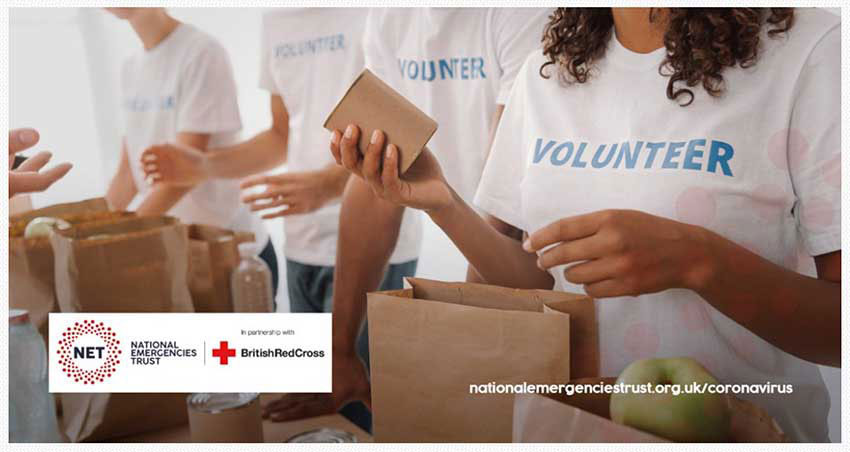 The Dorset Coronavirus Community Appeal was organised by the Dorset Community Foundation. Their aim was to “… fund charities, community groups and organisations working in Dorset who support vulnerable groups affected by the Coronavirus outbreak.” Follow the link to see more details about their appeal here.

Grant Robson, Director of the DCF said that: “I would like to thank you for your generous donation of £2,207 received on 18th June 2020. The proceeds were added to our Dorset Coronavirus Community Fund and helped to fund Swanage Neighbours.

Their project will support families on low incomes with home craft packs during the summer holidays, for primary school children who receive free school meals.

The money donated will support the family as well as the wellbeing and development of each child.”

For more details about the Dorset Community Foundation, see their page on our website here. 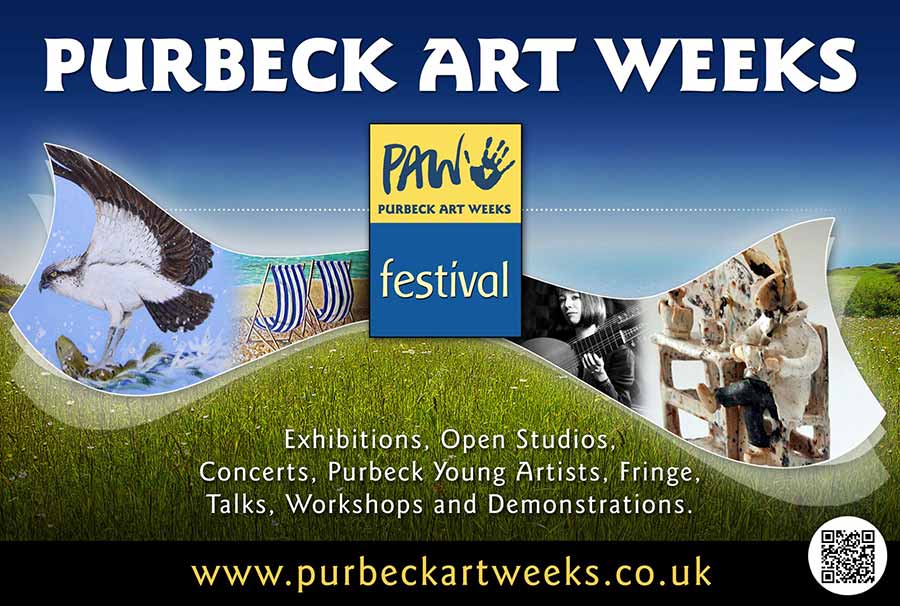 Purbeck Art Weeks (PAW) was started in 2001 by a small group of visual artists who wanted to open their Studios to the public. PAW aims to encourage the involvement of young people across Purbeck, support new artists and promote more established ones (visual and performing), and engage with the local community. Their wide range of events by performing artists and talks by local experts are not to be missed, and are held at interesting and unusual venues throughout Purbeck.

The cancellation of the PAW Festival in 2020 had left many local artists high and dry, and also, PAW’s coffers were depleted. So the Art4Action auction came at an opportune time both for the artists who sold some of their pieces through it, and for PAW who was one of the chosen charities that money was being raised for. ‘The event was brilliant!’ commented one artist and were ‘delighted’ it also raised £1324.00 for the Purbeck Art Weeks Charity.

In 2021 PAW is looking forward to bringing as much of the ‘live’ Festival as possible – guided of course by what the Government says, as the safety and health of everyone is their prime concern. The dates are September 11th – 26th.

For more details about PAW, see the page on their website here.

Art4Action donated £750 to them via our December 2020 auction

Routes to Roots objectives are to support rough sleepers, the vulnerably housed (sofa surfers or in B&Bs) and the newly housed (formerly homeless) adults in Poole, Dorset. They receive no fixed funding but rely on grants and donations from local churches, businesses and individuals.

“Our aim is to create a Place of Change in Poole. We plan to establish a one-stop centre, ‘All Under One Roof’, for both the homeless and vulnerably / newly housed through partnership with all relevant local agencies. In order to achieve this aim, we need our own premises. We are renovating 104 Hill Street, a former Baptist Church, a Poole town centre building which we purchased outright in February 2020. The building is large enough to accommodate our drop-ins and a winter shelter but is in need of substantial refurbishment.” It was for this that we aimed to dedicate some of the funds that we hopefully raised through the Arts4Action auction.

Susan Gittins and Elaine Mellers for R2R said that they were “… most grateful for your support and the great charity work you are doing. Any monies raised will enable us to realise our vision and improve our services to help those who need it most. This is a lovely amount of money so thank you and well done for all your effort.”

For more details about Routes to Roots, see their page on our website here.

Art4Action donated £750 towards it via our December 2020 auction 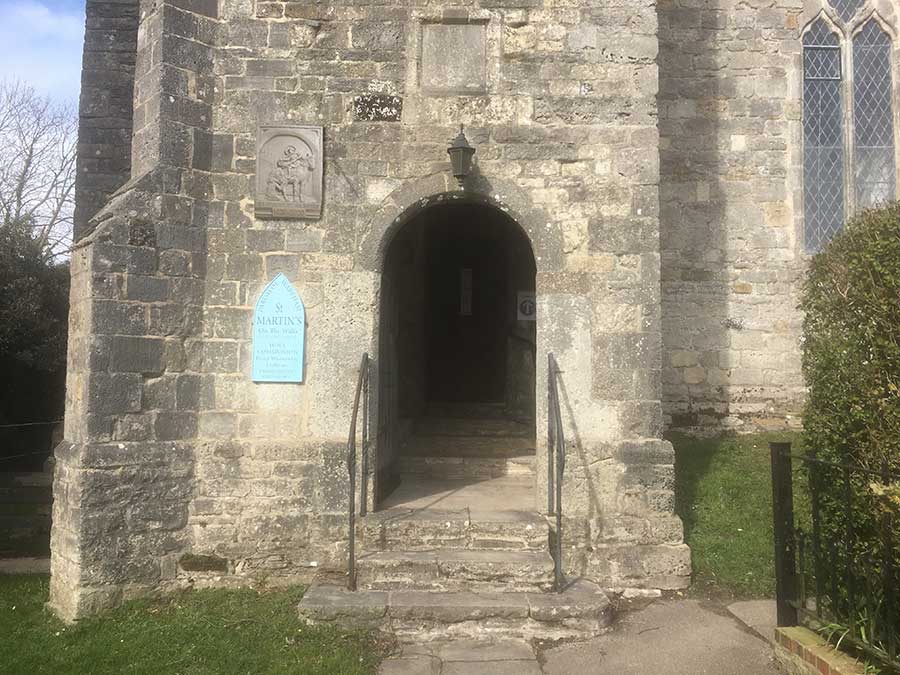 The people of Wareham are justly proud of their little church on the walls. The Church of St Martin has stood on the north walls of Wareham for a thousand years. Legends claim that there was an even earlier place of worship on the site built by St Aldhelm in the 7th century, but later destroyed by the marauding Vikings and then rebuilt by King Cnut in 1020, now popularly known as its foundation date.

So given that 2020 was the Millennium anniversary of St Martin-in-the-Walls church in Wareham, many of us felt that something should be done to mark this important milestone in the town’s history. Due to the COVID-19 pandemic it wasn’t possible to go ahead with the celebration that had been planned to take place in the church, so Malcolm Lewis suggested having a commemorative plaque put somewhere in (or on) the church.

After various meetings with members of the Wareham’s Church of England Family including Canon Simon Everett, and Church Wardens Diane Beaumont and Hilary Goodinge, plans were submitted to the Parochial Parish Council (PPC) of Wareham who agreed to pass on their recommendation to the Diocesan Advisory Committee (DAC) that advises on such matters.

Richard also asked if the renown local sculptor, Jonathan Sells, could be considered to make the plaque, and everyone agreed. As of March 2021, the final paperwork is being submitted and we are quite confident that Jonathan’s plaque should be seen on the church before too long. The photo above is a digitally created impression submitted to the Church authorities of what the plaque should look like near the main door.

When you place an advert for your business in Art4Action’s online Market or Auction, 25% of what you pay will go to our chosen charities.

Be part of the Art4Action family that wants to both sell and give back!

Directly reach thousands of engaged art collectors and connoisseurs.
A fantastic opportunity to advertise on what is fast becoming the go-to place to discover new artists and makers.

Beautiful banners or box adverts available throughout the website.
We can develop a beautiful banner or advert for your business that can be placed on the homepage, sidebars or blog posts.

You can appear in our Art4Action Auction advertising too...
There are even more opportunities to get your message across during the run-up to our auctions, both in social media and in print.

- Find the artist or art-type
- Or find the piece in your price range! 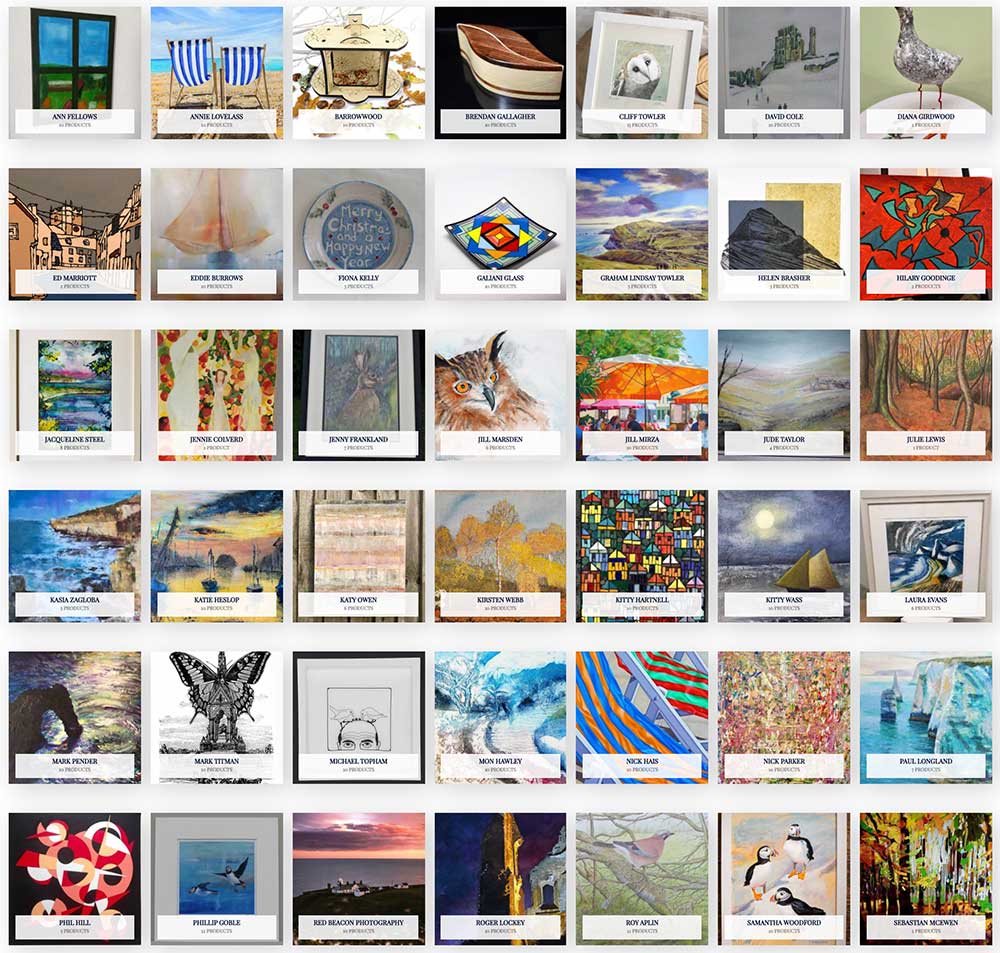 Join the Revolution! Sign up for our Newsletter today!

With special offers on art and craft pieces, news about forthcoming auctions, and local exhibition details.